So it appears Southern Exposure is having another interesting contest that I think everybody should enter. Details below. $1K for coming up with a good bank robbery idea, I wonder if they're going to present all the submissions. Would be great to read them. 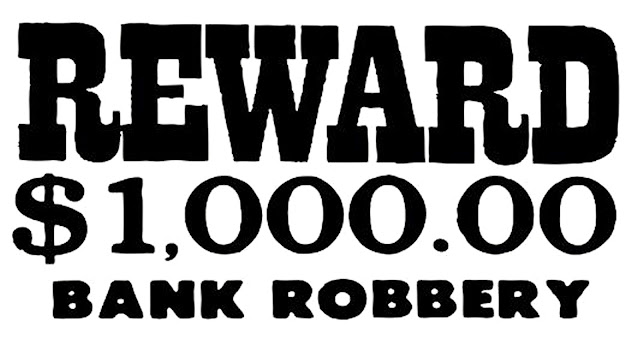 Do you want to make $1,000? Submit your creative proposal for a Bank Heist by January 31, 2013. The Bank Heist Contest is a participatory cultural endeavor by The Center for Tactical Magic designed to revisit the romantic representation of bank robbers in relation to current economic and social crises. Submissions will be judged based on conceptual vision, presentation, feasibility, and creativity. The jury includes an expert on banking security, author and former bank robber Joe Loya, and representatives from the Center for Tactical Magic and Southern Exposure. The winning proposal will be announced on March 1, 2013 in a public ceremony and celebration at Southern Exposure.