Had a chance to do some sketching Saturday morning. It was nice. Playing around with some Silver Surfer images a La Jack Kirby style. Having fun with it. I'll be drawing at next week's Sketch Tuesday so I think it will just be a continuation of this stuff but a little more finished.  Should be fun... 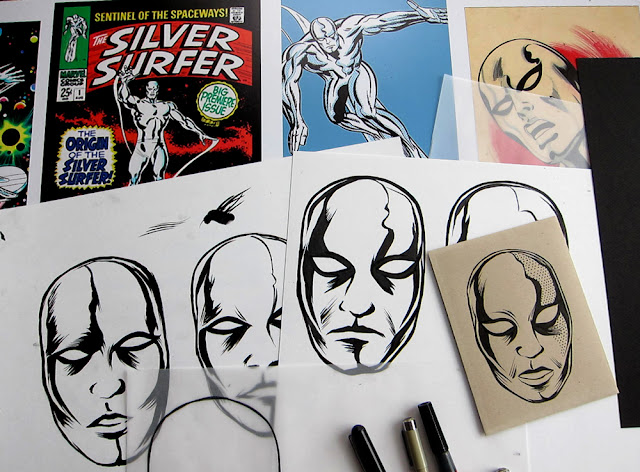 Snuck in an envelope which carries a letter to a friend. I remember when I use to draw on envelopes all the time when I was younger...Damn the internet! 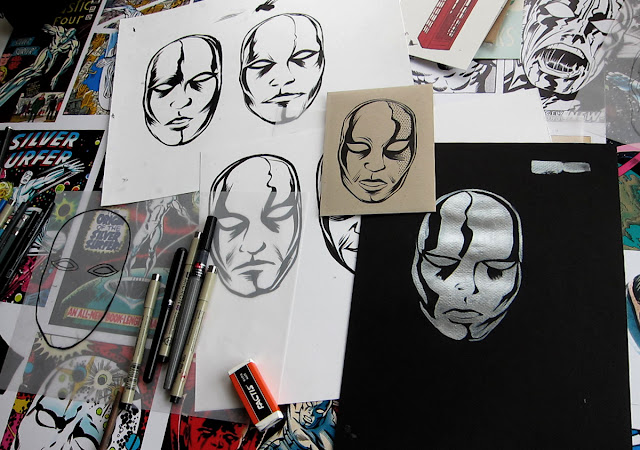 Bought some pretty nice silver paint from the Golden paints fluid series, so I had to try it out. Just messing around but I think it has some potential...
Posted by Alphonzo at 7:00 PM