Finalizing the lighting for the Soundwave piece.  I thought I had a clear game plan but somewhere midway there was a happy accident which I could not go back from. 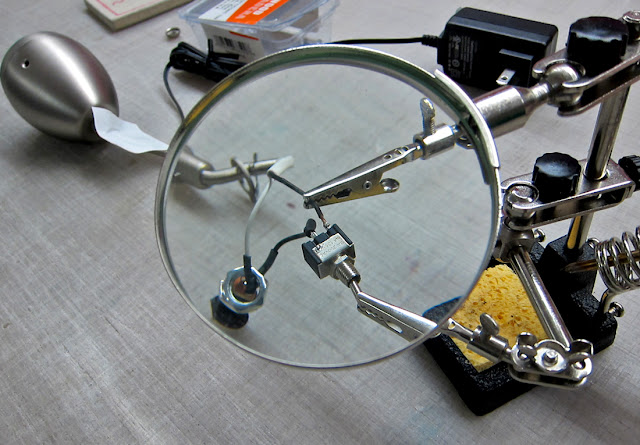 I found a nice little LED lamp that would work for the project. Just needed some tinkering. Doing a little work to the On and Off switch. 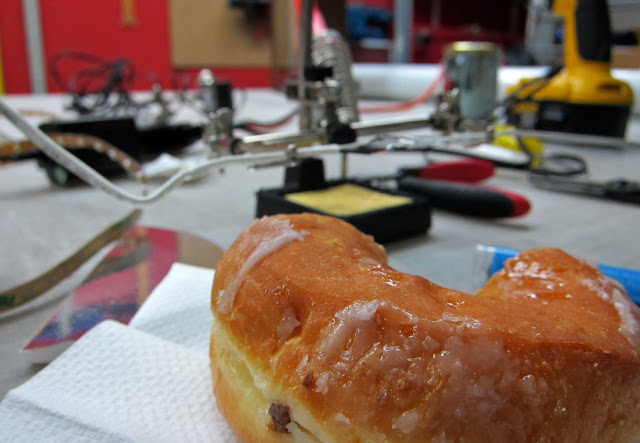 J Georgie's comes through again!  Saw a documentary the other day where some Antarctic scientist were doing some deep drilling into the earths mantle to get research on global warming.  They would be on these remote sites for a month or so at a time. They packed their scientific instruments, equipment, proper clothes but surprisingly alot of the weight was mainly candy bars and sugars. In those extreme temperatures and lack of sleep, the sugar in their system was vital for their bodies production of heat.  Long story short, sugar is your friend. 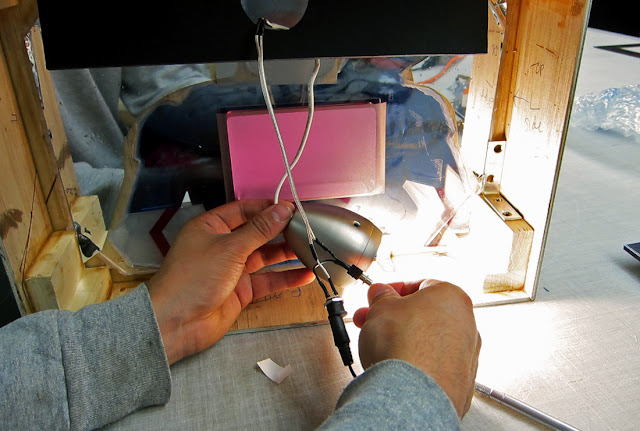 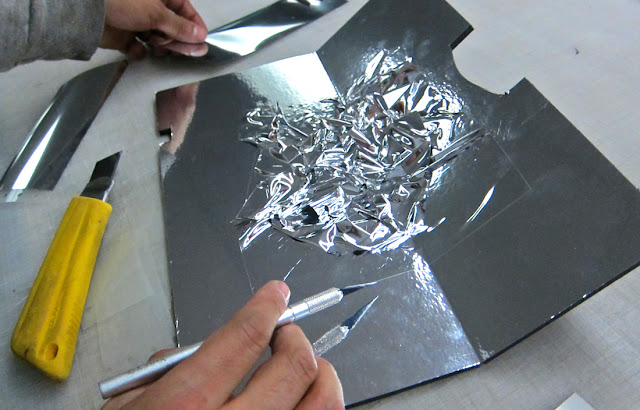 Had to make some reflective panels to get the most of the 1 LED light source. Some how a small piece of crumpled chrome vinyl fell on the center of the main reflector piece.  I was so intrigued by the effect, I spent the next 2 hours trying to get it just right.  It was very abstract crumpling up the material and checking out its reflection. It seemed the harder I tried to make something , the more it looked 'forced' and didn't reflect properly.  Finally I sort'a just gave up and that's when it came together. 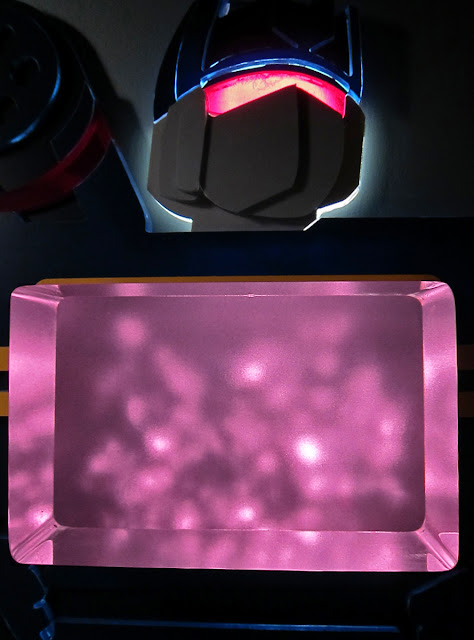 This is how things turned out.
Posted by Alphonzo at 5:30 PM