I had taken the day off work last Friday and found this sitting on my desk this morning.  It was a birthday card from my younger sister and I knew from year's past to expect something awesome.  Didn't think she could top the Nacho Libre oil painting she made for me years ago but then again, birthdays are all about surprises... 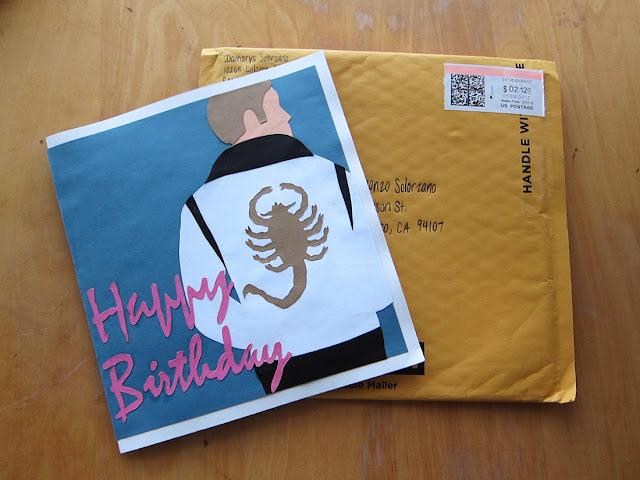 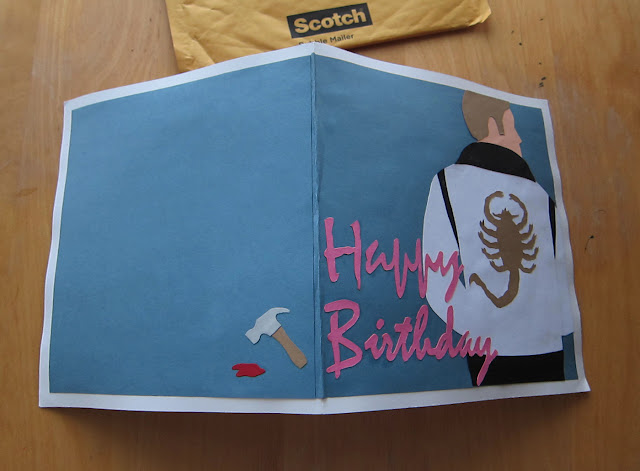 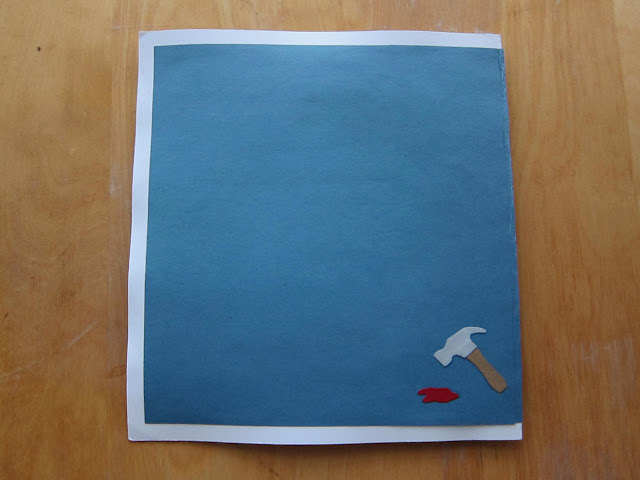 Love the backside. Genius with the subtleties. 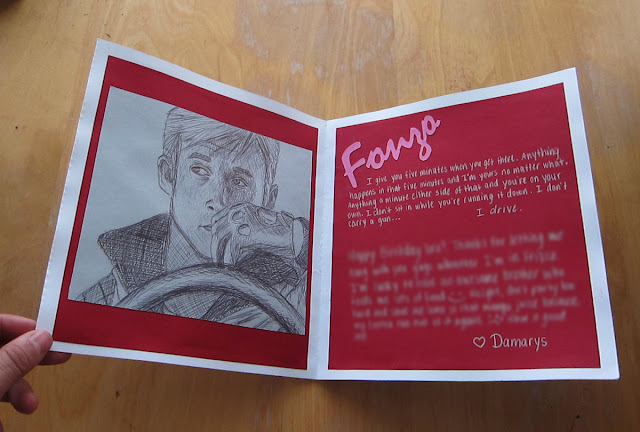 Getting my 'Gossling' on.. 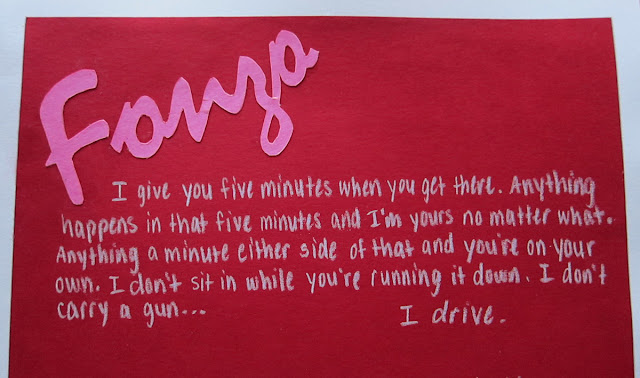 So for those of you who haven't watched the new Nicolas Winding Refn film Drive , watch it at a theatre if you can still find it playing. It's being released on blue ray soon, but the big screen is where it's at. For those living here in SF, you'll get another chance. They're playing it at The Independent Monday Feb 6. I'll be there for sure.