A few weeks ago I started a project for my friends Ken & Karen for their upcoming wedding.  It was to be a print where their guest could sign and write them well wishes. We thought of doing something a little less conventional than the normal bride and groom photo. So I thought it would be cool to make a patterned print on fabric.  The pattern would be made up of little elements that represented things about themselves. So I sent out a little questionnaire for them to answer to do some research. 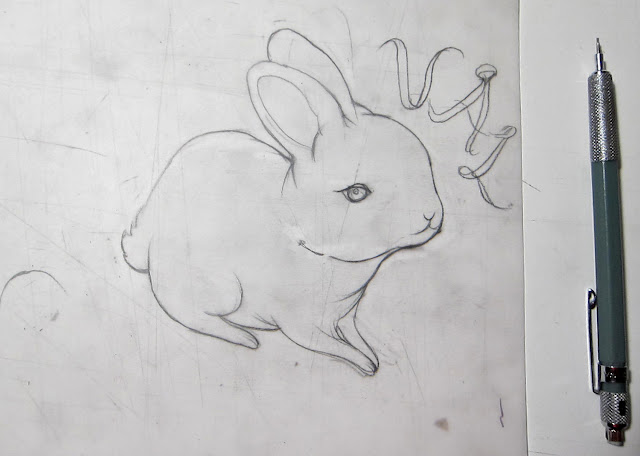 One of the questions I asked was if they had any pets growing up. This is a drawing of Karen's pet rabbit Valentine who later was called Val, when she found out he was a boy. 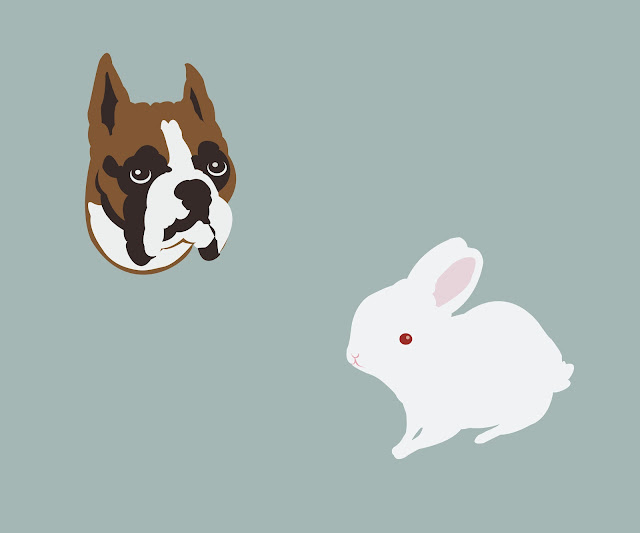 The digital format of Ken's childhood pet boxer Mimi and Karen's Val.
Posted by Alphonzo at 7:42 AM